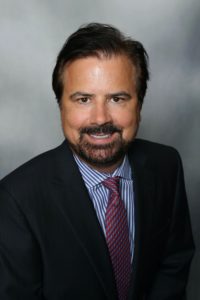 The winner of the 2020 Presidential Award for Service is Denis Arnold. Congratulations Denis!

When the committee meets to think about who is deserving of an award for service, top of mind are the three really big jobs that members of the SBE can do. These are (1) serve on the SBE Board, (2) edit our journal, Business Ethics Quarterly, and (3) serve as Executive Director of the Society. Outstanding performance in one of these roles might make you deserving of the presidential award for service. Denis has done two of these jobs: he served a five-year term on the board and he served as Editor-in-Chief of the journal. (You know what’s even rarer? To do all three jobs! Just FYI, Denis.)

Serving on the Board is plenty of work. The biggest job, of course, is organizing the conference, which Denis did in San Antonio back in 2011. It is a delight to remember that conference: the venue, the food, the people, the strolls along the boardwalk. But there is a lot of other work to do on the board in other capacities: taking notes, answering emails, delivering talks, engaging in productive meetings with one’s colleagues, and much more. Denis did all of this with great thoughtfulness and care, and his contributions were much appreciated.

Serving as EiC of the journal is even more work. And it is so much work in part because of Denis’s efforts to make the journal what it is today. Denis served as EiC of BEQ from 2011 to 2016. In 2011, when Denis started, BEQ received 167 submissions. In the year he stepped down, BEQ received 307 submissions. (This year we are on pace to receive almost 400 submissions, a truly terrifying number.) The five year impact factor in 2011 was 2.000. In 2016, it was 3.881. Of course we try not to put too much stock in numbers, but these things help, and Denis is part of the reason our numbers are so high.

One of the biggest things Denis did for the journal was move publishers. The SBE owns BEQ – that is why we can afford such lavish yet reasonably priced conferences, with ample food and drink. BEQ generates money, and that money is plowed into the Society, especially the conference. In 2011, the journal was published by the Philosophy Documentation Center, a small but capable publisher, as it had been for many years. But along came an offer from Cambridge, an internationally respected publisher with a major global footprint. BEQ publishes great stuff, and the question was: would a bigger publisher help us get our great content out to more people. In consultation with the SBE board, Denis decided it would, and set about the hard work of transitioning the journal from PDC to Cambridge. I was there; it was painful! And a ton of work. But Denis and his team pulled it off, and the journal is now in a better place than it ever has been.

I’ve talked about Denis’s main service contributions – his turn on the board and his service to the journal. But as we all know, people who do the big jobs tend to get called upon to do the little jobs too. I’ll just mention a few: Denis edited two special issues of BEQ, one on human rights and business, and another on the credit crisis. He served as liaison between the SBE and the American Philosophical Association, Eastern Division from 2003 – 2008; in this capacity he organized and chaired numerous panels. Denis edits a book series for Rowman & Littlefield; he sits on the editorial board of several journals; he has reviewed articles for dozens of journals and book publishers; and he has served the institutions in which he has worked in various capacities.

For all of these reasons and more, on behalf of the entire award committee, it is my honor to present Denis the Society for Business Ethics’s 2020 Presidential Award for Service. Congratulations Denis!