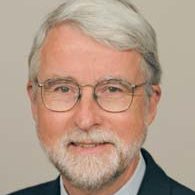 The winner of the 2020 Presidential Award for Scholarly Achievement is George Brenkert. Congratulations George!

George received a Ph.D. from the University of Michigan in 1971, specializing in moral and political philosophy. After a brief stop at the University of Minnesota-Duluth, George spent 20 years at the University of Tennessee, and the final 10+ years of his career in the business school at Georgetown University. While he transitioned to Emeritus status in 2010, George has continued to be active on the publishing front, with many new publications to his name.

George’s first publications were on Marx, and in particular on the concepts of freedom and alienation in Marx, and appeared in well-known philosophy journals such as the Southern Journal of Philosophy, the Canadian Journal of Philosophy, and Philosophy and Public Affairs. These and other articles were eventually pulled together into a book in 1983, Marx’s Ethics of Freedom, published by Routledge. Sometimes books make a splash and then fade away into obscurity forever, or sometimes they just fade away without first making a splash. But not Marx’s Ethics of Freedom. It remains an important and relevant study in Marx’s thought, and in fact will be published for the first time in a Chinese translation in 2020.

Perhaps it is not a big leap from the study of Marx to the study of business. Marx was concerned about the process of production in society. You can study production through Marx, or you can study production itself. George made this leap in the early 80’s. His first articles in the field we all know and love as business ethics were incredibly influential and widely reprinted. These were “Privacy, Polygraphs and Work,” published in 1981, and reprinted eight times, and “Strict Products Liability and Compensatory Justice,” published in 1984, and also reprinted eight times. If you read them, it is easy to see why they were reprinted. They are models of clarity, relevance, and argumentative precision. I’ve taught them both, and can attest that they are accessible enough for students to understand, but complex enough to reward careful study by the instructor.

Maybe all the reprinting gave George the idea that he should do more of this business ethics stuff, because that’s exactly what he did. Since his “turn” to business ethics George has published dozens of articles and chapters which collectively have been cited thousands of times.

George has contributed significantly to the study of trust, global business ethics, and marketing ethics. His classic article “Marketing to Inner-City Blacks: PowerMaster and Moral Responsibility,” published in Business Ethics Quarterly in 1998, explores issues of power, domination, race, and respect that are deeply relevant today. No wonder it has been reprinted 10 times. Perhaps my most favorite article of George’s is his “Private Corporations and Public Welfare,” published in Public Affairs Quarterly in 1992 and reprinted multiple times thereafter. These days political CSR is all the rage. People are wondering about the legitimacy of corporate intervention in public affairs, even in the name of promoting the collective good. Why do corporations think they have a right to do this? Do they need a right? George put his finger on this problem back in 1992! This article really should get more attention. I’ve done my bit; now it’s up to the rest of you.

We’re now up to 1992, and I won’t try to go through the rest of George’s oeuvre. I’ll just say: there’s a lot of good stuff in there: articles on social marketing, google and human rights, entrepreneurship, information ethics, whistleblowing, and more, appearing in all of the well-known business ethics journals, including JBE and BEQ. (Along the way George served as Chair of his department and did a five-year term as Editor-in-Chief of BEQ.) In many of these articles, George found interesting issues that the rest of us found only later. We found them in part because George pointed them out to us. I find much to agree with in George’s work. Of course, I disagree with plenty – that’s to be expected, if everyone agrees with you all the time you aren’t doing it right – but I always learn from him. I suspect that we have more to learn from George in the years to come.

For all of these reasons and more, on behalf of the entire award committee, it is my great honor to present George the Society for Business Ethics’s 2020 Presidential Award for Scholarly Achievement. Congratulations George!