ELECTED MEMBERS WHO JOINTLY OVERSEE THE ACTIVIties OF SBE

Each year members of the Society for Business Ethics elect a new member to the Board of Directors. The Board is the governing body of our Society and is responsible for all major policy decisions affecting the Society. Members of the Board of Directors serve a five year term. During the second year on the Board an individual serves as secretary, during the third year as program chair (for our annual conference), and during the fourth year as our Society’s president.

Bruce Barry is Brownlee O. Currey Jr. Professor of Management at Vanderbilt University in Nashville, Tennessee. His research on ethics, conflict, power, justice, and negotiation, has been published in numerous scholarly journals and volumes. He also writes about workplace rights and public policy issues at the intersection of business and society. He is currently editor in chief of Business Ethics Quarterly. Books include Speechless: The Erosion of Free Expression in the American Workplace (Berrett-Koehler) and three co-authored texts on negotiation (McGraw Hill) used in courses at universities worldwide. He is a past president of the International Association for Conflict Management, and a past chair of the Conflict Management Division of the Academy of Management. A native of New York, he earned bachelor’s and master’s degrees from the University of Virginia and a PhD in organizational behavior from the University of North Carolina at Chapel Hill. He has also taught at Duke University and the University of North Carolina, and has been a visiting scholar at the University of Melbourne and the Queensland University of Technology in Australia. 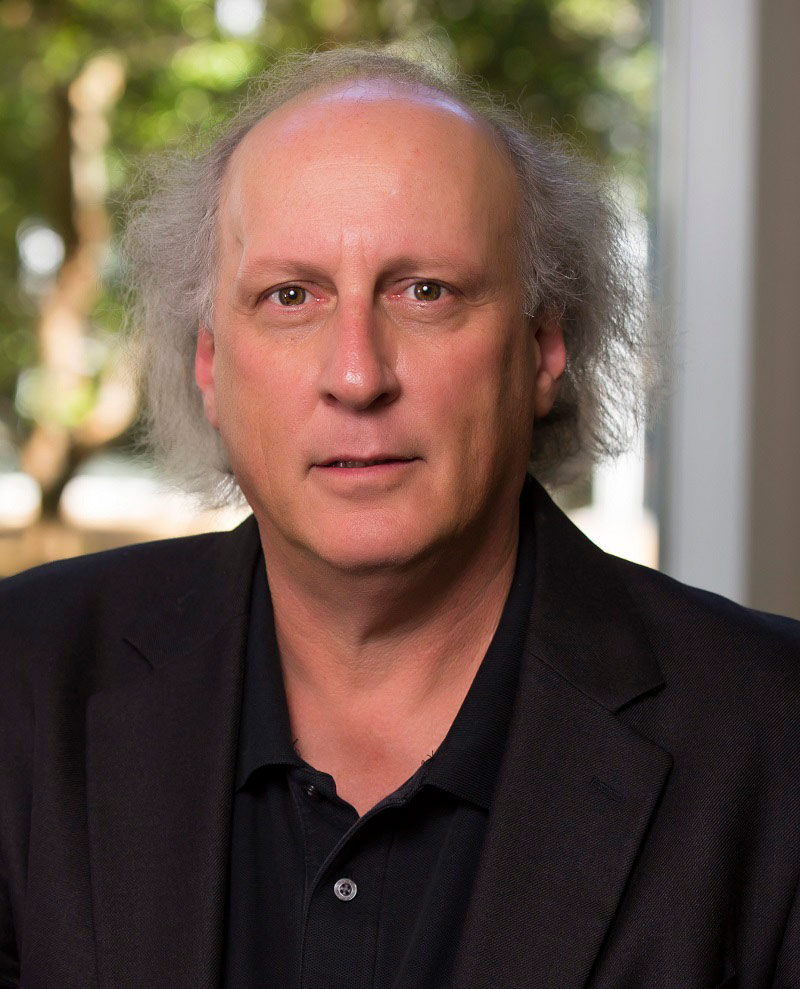 Professor Frooman’s current research interests include stakeholder theory, the ethics of agency theory, and market morality. He has published in scholarly journals including the Academy of Management Review, Business and Society, Business Ethics Quarterly, and the Journal of Business Ethics. Additionally, he holds several teaching awards. 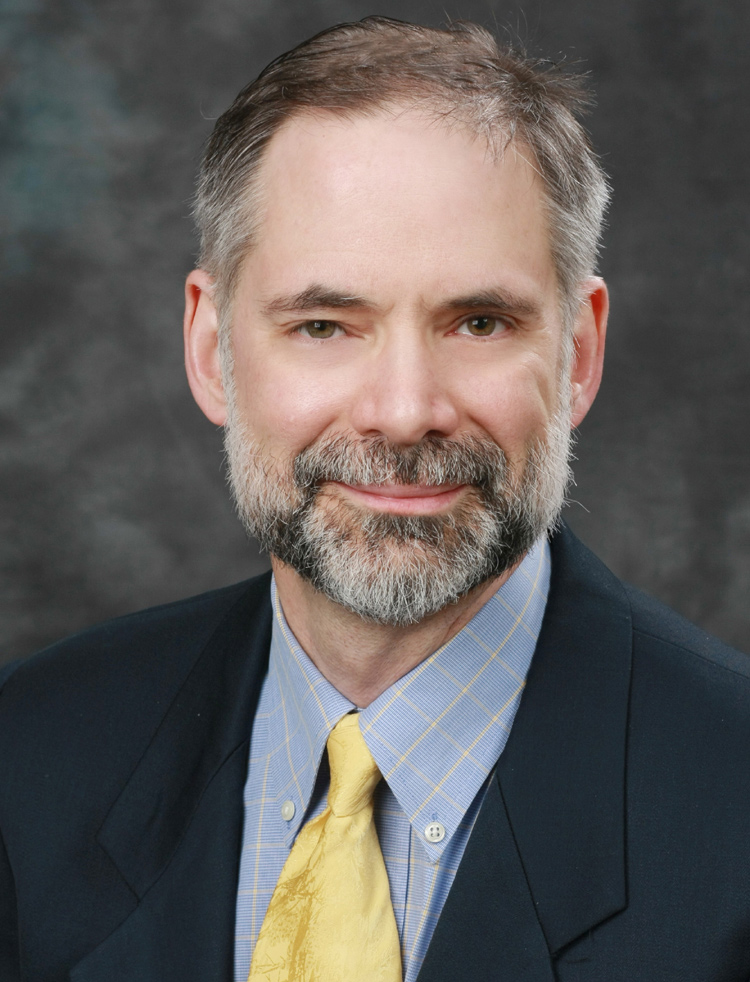 Kirsten Martin (CV) is an associate professor of Strategic Management and Public Policy at the George Washington University’s School of Business where she researches business ethics, privacy, technology, and corporate responsibility. She has written about privacy and the ethics of technology in leading academic journals across disciplines (Journal of Business Ethics, Harvard Journal of Law and Technology, Journal of Business Research, etc) as well as practitioner publications such as MISQ Executive and in her recent Ted Talk.  She is the Research and Business Ethics editor for the Journal of Business Ethics and the recipient of NSF grants for her work on privacy, technology, and ethics.  Dr. Martin is also a member of the advisory board for the Future Privacy Forum and the Census Bureau’s National Advisory Committee for her work on privacy and the ethics of Big Data.  Dr. Martin is a fellow at theBusiness Roundtable Institute for Corporate Ethicsfor her work on stakeholder theory and trust.  She earned her B.S. Engineering from the University of Michigan and her MBA and Ph.D from the University of Virginia’s Darden Graduate School of Business. 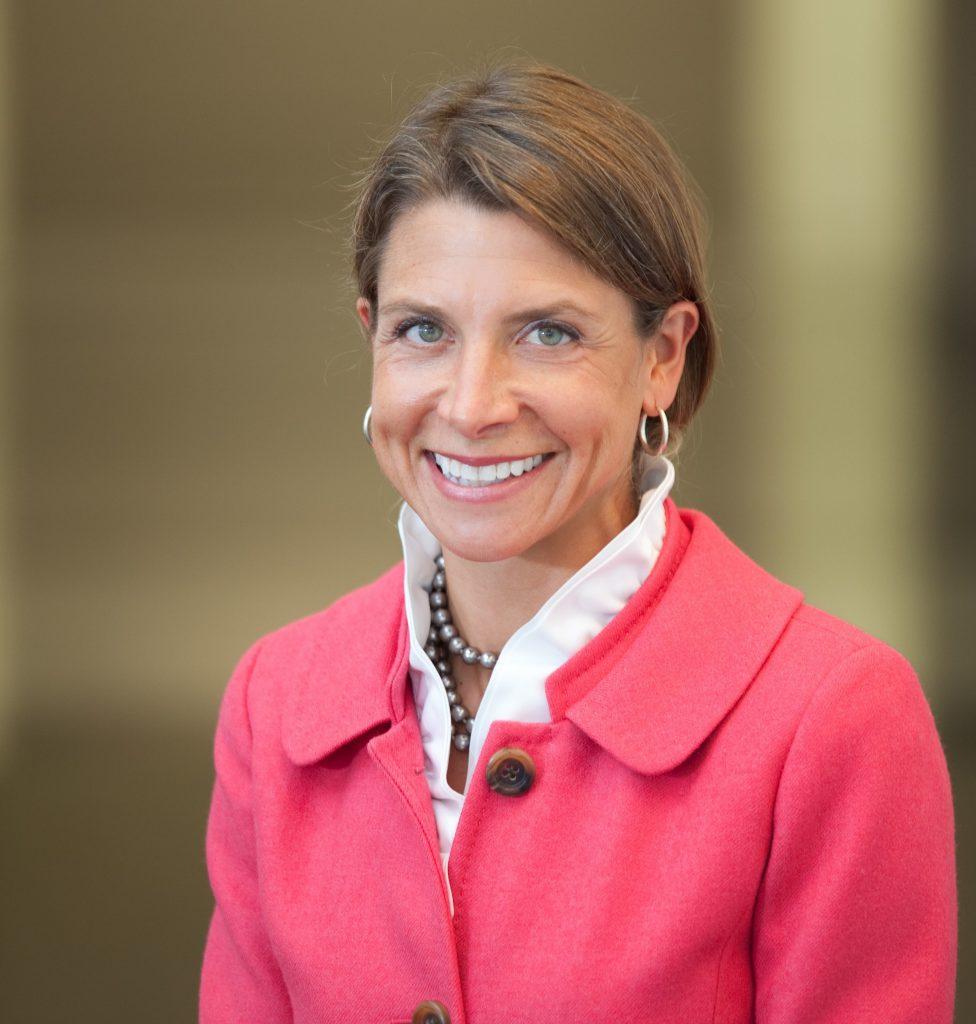 Tim is ethics and compliance officer at United Technologies Corporation (UTC), where he leads internal ethics investigations, manages anti-corruption compliance, designs and delivers ethics training, and more.
Prior to UTC, Tim completed a two-year appointment as the Bill Daniels Distinguished Professor of Business Ethics at the University of Wyoming. He taught 10 sections of three undergraduate courses, including Business Ethics and Marketing Ethics. Tim has taught business ethics as an adjunct—at both graduate and undergraduate levels—at five universities.
Previously, Tim spent eight years as the chief operating officer of the Ethics & Compliance Officer Association. Earlier, he was vice president, ethics, at Countrywide Financial Corporation, and before that served as regional ethics and compliance officer and regional privacy officer for Anthem Blue Cross Blue Shield in Colorado and Nevada.
Tim’s 30-year career in business ethics began as a consultant, at times with KPMG LLP, the Council for Ethics in Economics, the Markkula Center for Applied Ethics, the Josephson Institute for the Advancement of Ethics, and the Ethics Resource Center. Tim earned his M.B.A. degree in business economics and public policy at The George Washington University and a B.A. degree in political science at San Diego State University. 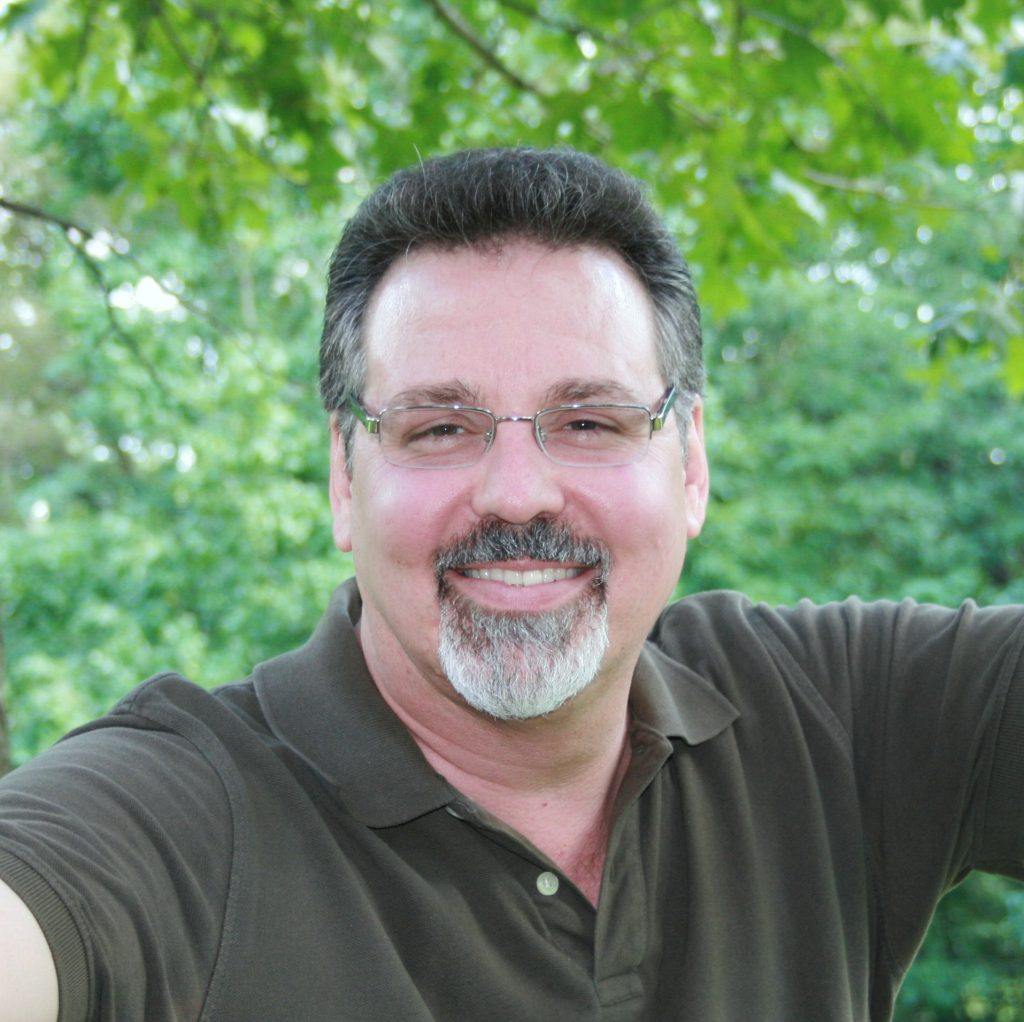 Among the trophies won by Christopher Michaelson as a junior tennis player, the one that he wonders about is a Tennis Magazine Sportsmanship Award. Sure, he wasn’t the most poorly behaved kid out there; at 14, he lost to a guy who would go on to get kicked out of Wimbledon for abusing an umpire. But, you wouldn’t have mistaken Christopher for a future ethicist, either. He learned on the court about competitions in which successful performance is correlated with bad behavior.

Is business one of those competitions? That is one of the questions that Christopher has explored as a business person and academic. After earning his Ph.D. in philosophical ethics and aesthetics from the University of Minnesota, he helped launch a business ethics advisory practice in the New York office of a Big Four firm. In practice, he has worked with large, multinational private and public sector institutions and served as the firm’s Strategy Officer to the World Economic Forum on projects examining the role of business in society.

A few years into a consulting career filled with both meaningful and meaningless work, Christopher took a full-time lectureship at the Wharton School of the University of Pennsylvania while keeping a foot in practice. In 2005, he joined the Business and Society program of New York University’s Stern School of Business, where he continues to teach. After he moved home with his family to Minneapolis, he came to the University of St. Thomas’ Opus College of Business in 2008, where he is the Opus Distinguished Professor of Principled Leadership and Academic Director of the Melrose and the Toro Company Center for Principled Leadership. His recent research, exploring the purpose of business and meaning of work after 9/11 and how reading novels can make our students better business persons, has been published, respectively, in the Academy of Management Review, Academy of Management Perspectives, and Academy of Management Learning & Education. He still sometimes loses his cool on the tennis court. 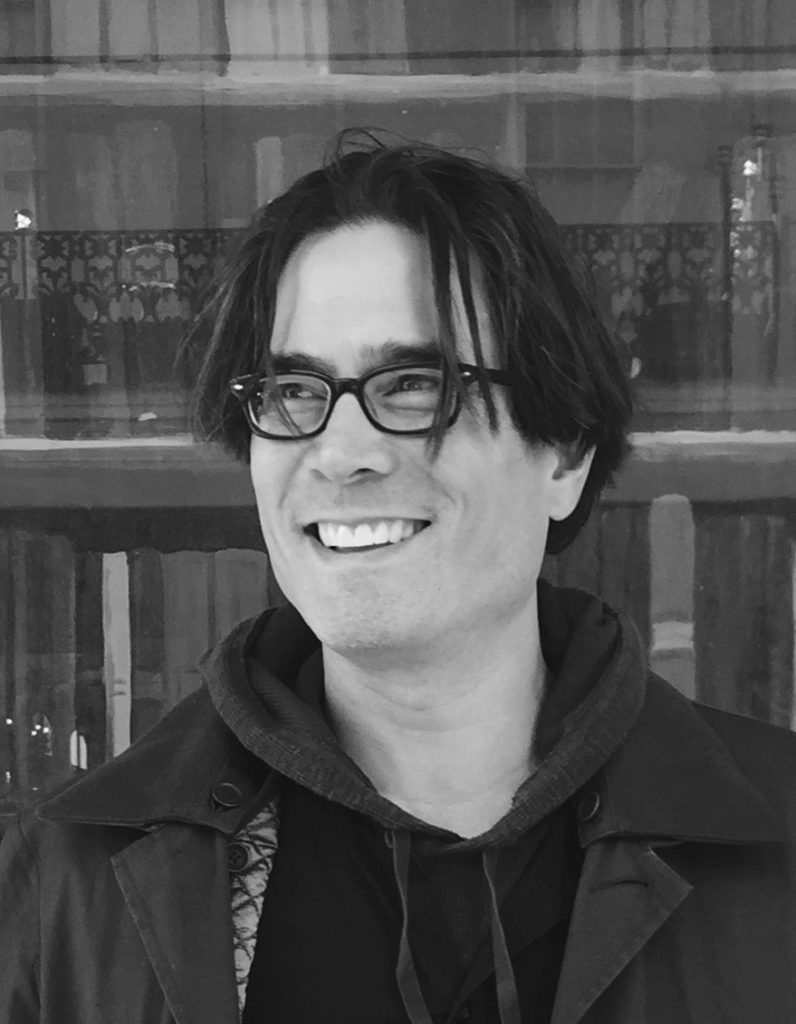 Dear Fellow SBE Members,
My name is Alejo José G. Sison and I would like to thank you for the opportunity to serve you as member of the SBE Board. First, let me tell you a bit about myself.
Originally from the Philippines, I left Manila to pursue Philosophy studies in Spain. I eventually earned a doctorate writing on Ancient Greek Ethics. Then I got my first job teaching… in a Business School! It was painful, but I learned a lot about ethics in the professions and the challenges of presenting it to an audience sometimes not only uninclined, but perhaps even hostile to such matters.
How? By relating ethics to flourishing! Who wouldn’t want that? And that’s how I got started on the virtue ethics approach, which connects business with the economy and politics, in a generally Aristotelian framework.
For family reasons I returned to Manila and taught at a small liberal arts college with a graduate school in economics and business. After a couple of years, I was fortunate to get a Fulbright Scholarship at Harvard. It was amazing to see how professors and students engaged with the different disciplines of law, psychology, sociology, technology, and so forth, looking for ways to advance their own research concerns. I also had the chance to meet Mike Hoffman, in the Managing Ethics in Organizations program at Bentley. He invited me to be a fellow at the Center for Business Ethics and encouraged me greatly in my career.
In due course I returned to the University of Navarra in Spain which has hosted me since. Thanks to its network of partner universities, I have taught in several programs in Latin America, Asia, and Africa. Meanwhile, I served as member then president of the European Business Ethics Network (EBEN) from 2009-2012. I also carried out editorial tasks in the Journal of Business Ethics, Business Ethics – A European Review, and our own Business Ethics Quarterly, among others. For the academic year 2018-2019, I am Visiting Ordinary Professor at the Busch School of the Catholic University of America.
You can find out more about my work at my personal academic webpage and blog, Work, Virtues, and Flourishing. 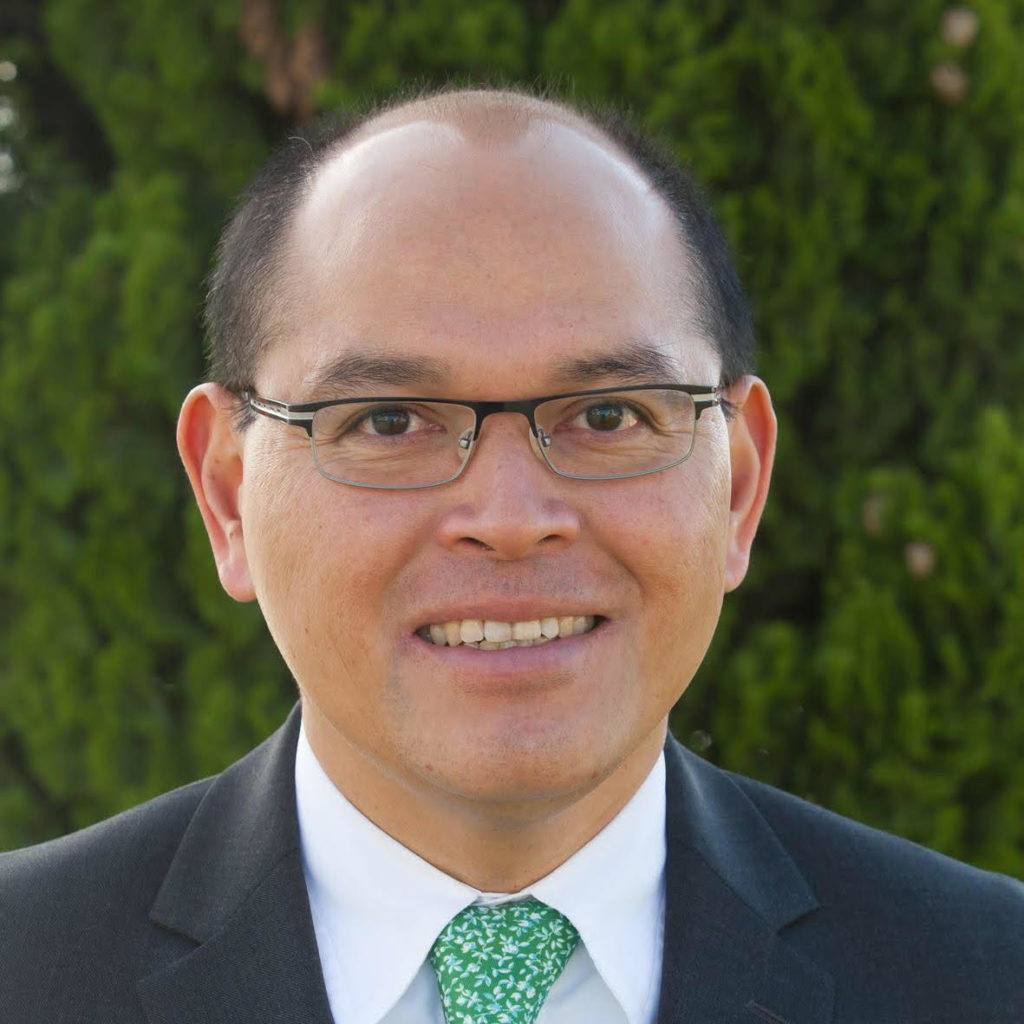 Dr. Jason M. Stansbury is the James and Judith Chambery Chair for the Study of Ethics in Business at Calvin College.  He has been a member of the Society since 2002, and has served on the Editorial Board for BEQ since 2011.  Jason has served the Society on the selection committee for the Best Paper of 2008 in BEQ, the selection committee for Best Conference Paper of 2017, and on the website redevelopment advisory group in 2012.  He won “Best Conference Paper” in 2008, and “Best Reviewer” for BEQ in 2013; he was also an Emerging Scholar in 2007.

Jason has been published in BEQ, the Journal of Business Ethics, Research in the Sociology of Organizations, the Oxford Handbook of Positive Organizational Scholarship, the Canadian Journal of Administrative Sciences, the Journal of Markets and Morality, and the Christian Scholars’ Review.  His research interests include philosophical and social-scientific perspectives on virtue in organizations, theological and social-scientific perspectives on religious business ethics, discourse ethics, and organizational ethics programs.  He earned his Ph.D. in Organization Studies from Vanderbilt University.

Jason has long been enamored of the collegiality and interdisciplinarity of the Society, and looks forward to serving in ways that complement both. 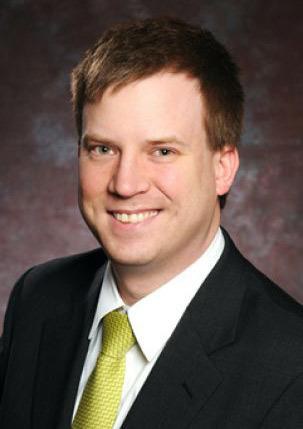 DANIELLE E. WARREN is Associate Professor of Management and Global Business at Rutgers Business School – Newark & New Brunswick, Rutgers University. Her research builds upon normative and descriptive theory and includes qualitative and quantitative examinations of moral emotions, constructive and destructive deviance, collective corruption and workplace attributes that lead to ethical organizational cultures, such as ethical leadership, ethics training and sanctioning systems. Her work has been published in Academy of Management Review, Accounting and the Public Interest, Business and Professional Ethics Journal, Business and Society, Business Ethics Quarterly, Business & Society Review, Group Decision & Negotiation, Journal of Business Ethics, Organization Science, and Research in Organizational Behavior. At Rutgers, Dr. Warren teaches undergraduate, MBA and doctoral courses in business ethics. She is Senior Fellow of the Zicklin Center for Business Ethics Research at The Wharton School and serves on the editorial board of Business Ethics Quarterly. She received an M.A. and Ph.D. from The Wharton School, University of Pennsylvania and a B.S. from Rutgers University, New Brunswick, NJ. 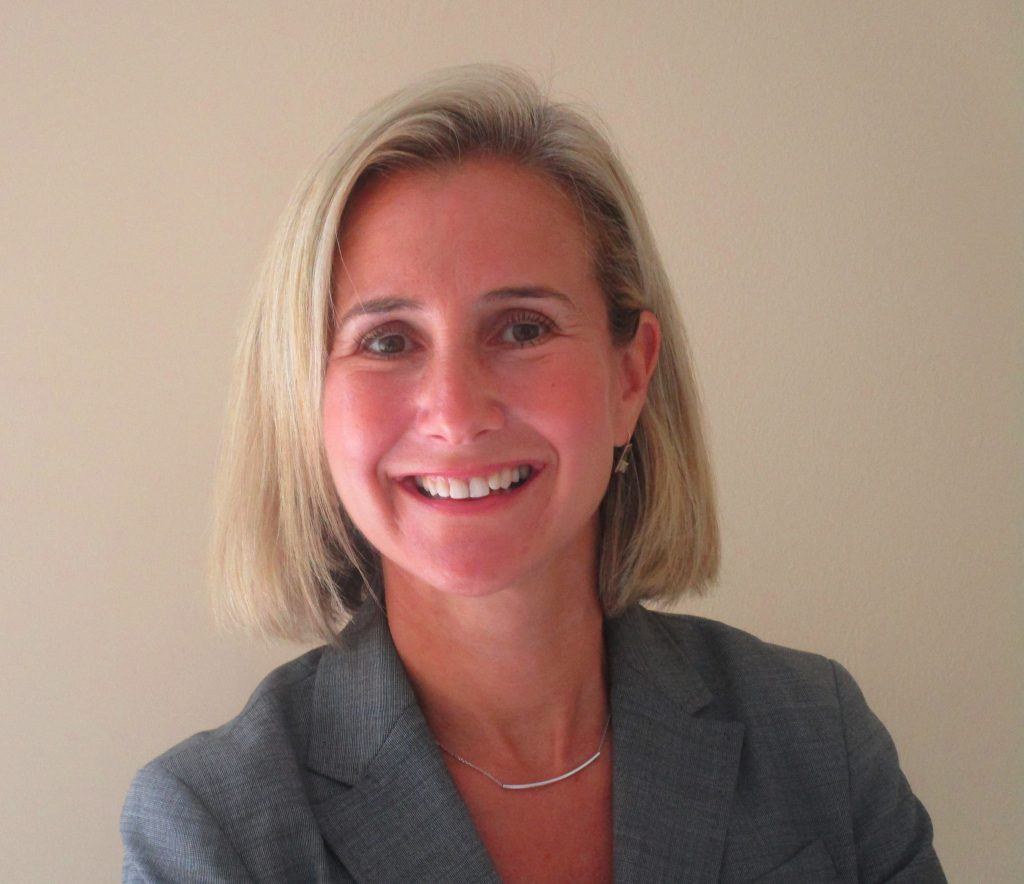