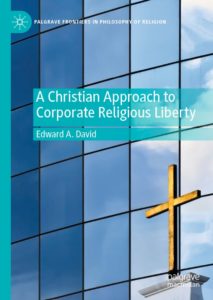 When a for-profit enterprise asserts a right to religious freedom, how should we think about the morality of such a claim? One approach views the enterprise as a “corporate moral person” and then extends strong freedoms to it based upon perceived responsibilities toward moral personhood. Another approach moves in an opposite direction, viewing the enterprise as an aggregate of individuals who should be protected against the claims of the corporate entity. In this book, Edward A. David rejects both approaches as insufficient in moral nuance and, by extension, unreasonable in legal application. Instead, David draws upon the Aristotelian-Thomist tradition to suggest that a sound approach to corporate rights (whether to religious liberty or to other moral goods) would view organized groups as social actions rather than individuals or group persons per se. Aiding moral deliberation, such an approach illuminates the object, intention, and the full range of circumstances that constitute any corporate activity. This level of nuance, David argues, is required for robust moral deliberation over corporate entities and their rights.

Edward A. David is a postdoctoral research fellow with The Oxford Character Project, based in the Faculty of Theology and Religion at the University of Oxford. He researches responsible business, law and religion, and ethics in public life.